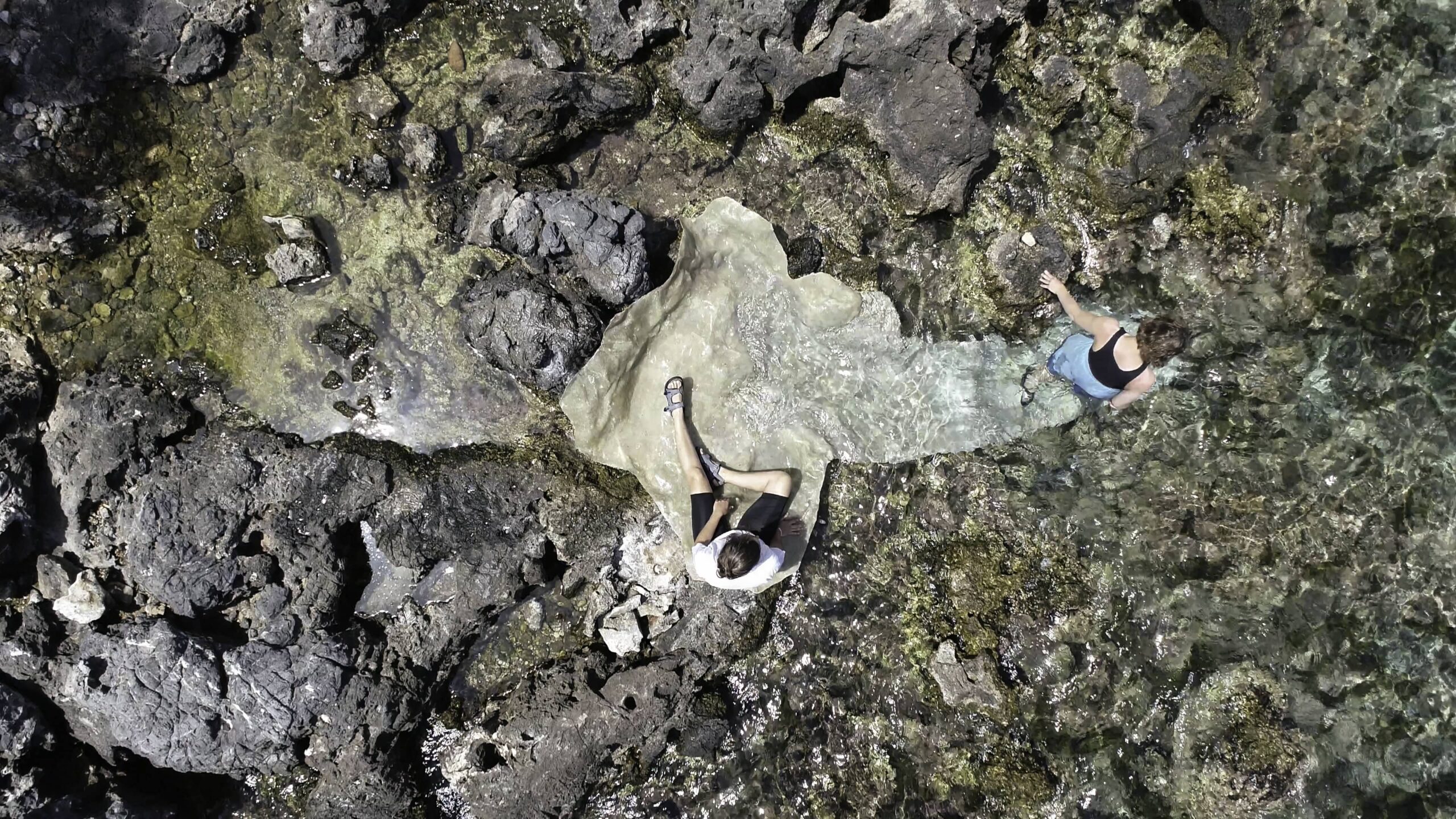 The G. & A. Mamidakis Foundation Art Prize 2022 was jointly awarded to artists Ileana Arnaoutou (1994) and Ismene King (1993) for their in situ sculptural installation Tender shell geophilia. The artwork was added to the Foundation’s art collection in 2022.

The in situinstallation Tender shell geophilia (2022), by Ileana Arnaoutou and Ismene King, consists of concave forms, situated on the rocks of the shore, semi-submerged in the water. The work is created through multiple casts of rocks, reflecting the existing landscape of the shore, while a part of it extends towards and within the seabed, thus allowing water to move fluidly, in a wavelike flow. Resting pockets appear within its smooth and waxlike surface, reminiscent of an organic shell, creating inviting spaces within its interior. The installation functions simultaneously as a destination and a passage, proposing various routes, which can be approached either from the paved piers or from the sea. 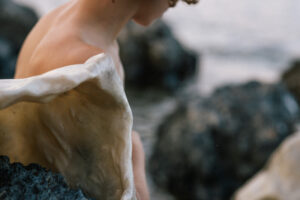 The work creates a system of relief structures placed on the rocks, introducing a sculptural language of “potent containing spaces, which rearticulate the notion of the container, reiterating it as an active, porous and constantly ‘open’ space, interlinked with the geographical landscape.” The installation draws links between a “semi-sunken boat and a new alternative gulf, as an extension of the existing landscape”, opening up the conversation regarding a technology that is rooted in a libidinal approach towards industrial design and the ways that it may relate to the body. 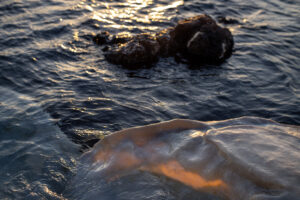 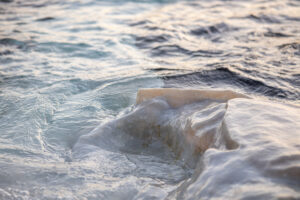 Following a “geophilic approach”, the work is in line with practices of Land Art, offering a “bidirectional and embodied relationship with the landscape” through which “the work develops into an empirical and in situ condition of viewing and interacting, which positions the human body as an active element in a state of relatedness with nature.” In addition, the work introduces “a broader sculptural vocabulary that relates to ebb and flow, absence and presence”, which materially makes kin with feminist approaches towards phenomenology, and contributes to a wider conversation around embodiment as a methodology for the production of knowledge. In this regard, the artists refer to a “fluid condition which does not constitute the mold as a container and the relation of absence and presence as dual, but rather as bidirectional and constantly evolving.” 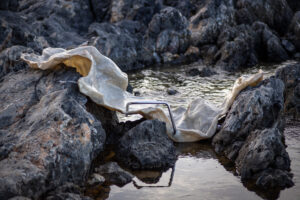 The artists note that “the work is based on a feminist approach articulated through multiple and multidimensional encounters and extensions, related to a ‘safe geography’, directly referencing [their] Mediterranean narrative, closely linked to the experience of being within an archipelago, always interconnected and in harmony with water, a condition that places the body in a situation of proximity and safety, in water and on land.” They elaborate on ways in which sculptures become “‘safety topographies’, in view of contributing to an expanded community rooted in embodied communication, bidirectional relation and active co-relation with others, and the environment”, positions which both form an integral element of their collaborative artistic practice, and the vision of the Sculpture Garden. 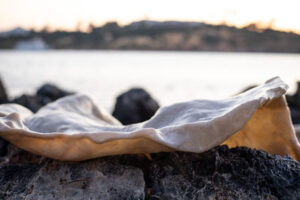 Tender shell geophilia is a “proposal of a hybrid extension of the land in the sea, functioning as a point of encounter, rest, and leisure”, always seen under the prism of socially engaged art, i.e., an art form where the artwork becomes the stimulus for introspection, community forming conversation, collaboration and social interaction. Listen to the two artists talk about their work in the VIDEO bellow. Get a glimpse of the opening ceremony HERE. 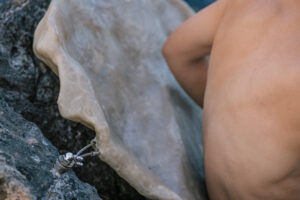 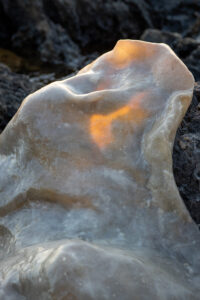 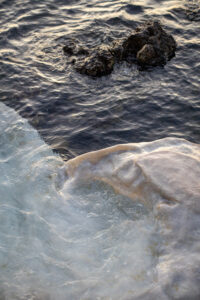 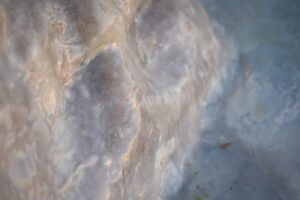 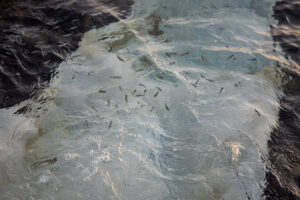 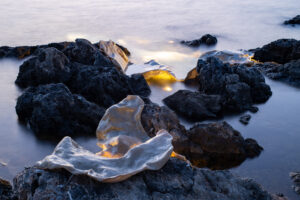 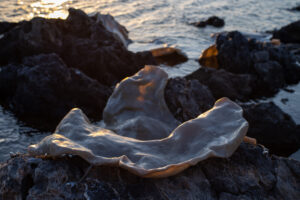 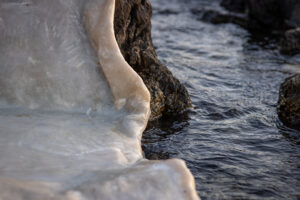